How To Brew Beer – Best Ways to get Started Homebrewing 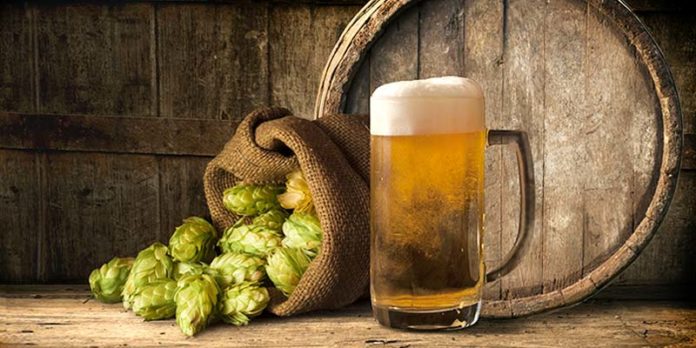 Whether a broke college student trying to put their science degree to some use over the summer, or a hard worker turned hobbyist wanting to get their buzz on, there’s a kind of universal appeal to being able to make your own beer. The magical concoction of grains, hops, water, yeast and time can at first seem complex, and be very temperamental. However, the results speak for themselves. Here, we’re going to take a look at how you can get started homebrewing, from the basic tools for the job, as well as a few different takes on methods to start you off at the level you feel comfortable with.

Before we can get to the fun and science of brewing, we need to set up our lab (or kitchen). To do so, we need several pieces of equipment which can be bought either separately, usually for a bit cheaper, or as kits from a homebrewing site or store. While I opted for the latter for my first brews, you can definitely go with the former, so long as you have the following:

A kettle or pot with about 5 gallons of volume (or more) to spare. While some people enjoy having a “brewing kettle”, I’ve found that a good old Army Soup pot will do the job as will a large stock pot.

A food grade thermometer (Digital or Analog is fine) that can be sanitized easily.

A Primary (and Secondary if needed) Fermenter. These can essentially be 6 gallon water containers so long as they are properly sanitized and can have a clean rubber stopper with an airlock and blowoff assembly installed.

A Brewing bucket with bottling tubing and bottle filler

A clean, dry and preferably temperature controlled room for brewing.

A few muslin bags, depending on the recipe you are using.
With the tools out of the way, now we can start taking a look at the fun parts, starting with picking which beer recipe you’d want to go for.

What Recipe Should I Homebrew With?

As with many questions in life, it depends on who you are and what you want. Are you the IPA fan that has no problem using a few packages of preselected grains and hops here and there, or are you the oatmeal stout sort that knows which field each grain came from? Ultimately, what you desire in a flavor profile and the amount of control you want over your ingredients will determine what you should do. But, such choices can be broken down into three major options: Extract based brewing, Partial Mash or All Grain brewing.

By far the easiest option, and the cheapest if this is a one-off test of your willingness to brew your own beer, Extract Brewing requires no primary grains (using malt extracts instead), no grinding, and not quite as much equipment as the other options. You can usually get the malt extracts as part of a recipe kit online, and something can be said for the amount of variety that is allowed despite the ease of use. Simply take out the extract, and add it as is notified in the steps listed below. The quality, while not always as high as the full grain version, usually remains quite consistent.

If you prefer the hard way, and trust your hand at grinding, then the full grain option may be for you. Usually requiring a mill of some sort, full grain brewers take the whole grains of plants, and crush them to allow for the seeds to impart a flavor into the beer and act as a nutrient source for the yeast. Depending on where you buy the grains however, some vendors have no problem grinding the grains for you. The type and varieties of grains used per each beer can vary greatly, from Oatmeal to Pale Malt, to even Corn in some cases. This style is definitely for the adventurous, the perfectionist or the mad scientist in us all. Do note that this will also require either the building or buying of a Mash Tun, which will get all the needed sugars and such from the grains without causing too much gunk buildup in the bottom of the fermenter.

Of course, between these two options is a good intermediate which can allow for greater consistency than All Grain, but more explorative freedom than extracts. This works as a good second or third batch experiment, once you’ve got the basics down but before you full like you want to take the full dive into brewing.

Each of these options allow for a great deal of choice regarding individual recipes, from your standard Pilsner to an IPA or my personal favorite, the Oatmeal Stout. Two key factors do remain common though throughout all brewing: Yeast and Water. Water quality is key to any successful brew, as bad water makes worse beer, and yeast strains can vary widely in how tolerant they are of the alcohol they produce and how active they can be. Given the relative cheapness of beer production, there’s many yeast strains to experiment with, and this is encouraged. Find your signature flavor through reviews and trial and error.

And Now, to Brew!

Now that you have your gear and selected your recipe, it’s time for the real fun to begin! While I can’t tell what recipe you have in front of you by this point, I can give you a general guide based on my recommendation as a starter brew (due to both quality and ease) : the Northern Brewer Queen of Africa IPA . If you bought a recipe set or recipe book, be sure to follow their guidelines instead. Please read the instructions fully before getting started on your brew day.
Before we get started, I would like to point out that you should sanitize everything as thoroughly as possible, and as close to use as possible. All objects can get microbes on them that can ruin a perfectly good beer if left out too long after cleaning, or if something isn’t clean enough.

First, gather your needed ingredients. For the Queen, you’ll need to order the kit from Northern Brewer, but this includes .75lbs of malted grains, around 10 lbs of malt extracts, and nearly half a pound of hops (the ratios and exact guide can be found here). For this recipe, you’ll also need two separate strains of yeast, Safale US-05 dry, and liquid Omega OYL-004 or Wyeast 1056. All yeasts should be refrigerated until a few hours before you begin to brew. If your specific yeast has instructions, be sure to follow them to the letter.

Next, fill a muslin bag with the grains, tying off the top of the bag and dumping it into the pot holding 2.5 gallons of water to steep. During this time, the water should be warming to a boil, and steeping should take 20 minutes or until the water reaches 170 F, whichever occurs first. Afterwards, remove the grains and bring the water to a full rolling boil.
Once boiling, turn off the heat and add in the first extract (in this case, 6lbs of Gold Malt Syrup) and stir constantly and evenly, making sure as little syrup as possible coagulates into the bottom. Now return the mixture (now called a Wort) to boiling, continually stirring and making sure no overflow happens. Now for the next hour, stirring and boiling will need to continue, with 3/4ths of the Columbus hops being tossed in as soon as the wort begins to boil again. After this, stir for 45 minutes until you add the 3lbs of Golden Light malt extract, the pound of corn sugar and 1 oz of African Queen hops with about 15 minutes left to boil. Then, add another 2 ounces of African Queen hops with only 2 minutes left for boiling time. Add the final two ounces of these hops after turning off the heat, and putting the pot into a cool bath until the wort reaches 100F.

Now, add 2 gallons of cold water to the primary fermenter and toss in the Wort. Be sure not to bother with any sludge at the bottom; Burned taste in beer isn’t terribly enticing. Now, add as much water as needed to get 5 gallons of liquid in the fermenter, and then close it up. Now give it a vigorous minute of shaking to aerate everything before tossing in the yeast (it should be below 75F at this point) and finding a dark, clean spot to put the fermenter that can be controlled to be kept around 65F to 70F so that the yeast can do its work. Now, leave it alone. For about 4 weeks. After this, go ahead and transfer it into your bottling bucket and put in some priming sugar (about 1 and a quarter cup mix of dextrose and sucrose) in about 16 oz of water, bring to a light boil, and cool slightly before also tossing into the bucket. After this, transfer the beer into bottles carefully, and leaving some room for carbon dioxide to build into the bottle without popping the cap.

After transferring all the beer into your primed bottles, be sure to cap them using sanitary caps and leave them to age in bottle for a few weeks. While some beer recipes can be thrown basically straight to the fridge after your big fermentation, it’s much better to allow for the yeast to add some of that bubbly goodness to your brew. Typically I wait around 2 to 3 weeks before storing any beers in a cold environment, but this can be done longer to personal taste. After these three or so weeks, you can give them a try, or bring them to your next get together to be the toast of the party.

Cody Carmichael
University graduate in Psychology, and health worker. On my off time I'm usually tinkering with tech or traveling to the ends of the globe.
RELATED ARTICLES
Home & Garden