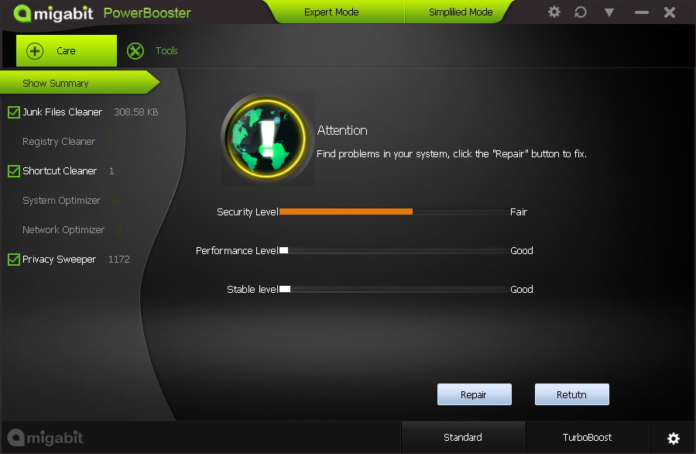 Amigabit is a company that not many have heard about, but offering a service many certainly have, unfortunately through many spam ads. Claiming to be an all in one for optimizing and privatizing your computer, Amigabit offers a suite of software for about $30 after a 15 day free trial. But is it safe, and is it worth it? Let’s find out.

First off, is Amigabit a scam or virus?

In short, no. I will admit I am a bit paranoid when it comes to security. Whenever I investigate software for the first time without hearing about the company, I usually boot up a VM and test it out in a safe area that I can close out should things get hairy. I likewise usually use prepaid cards and burner emails so that way if my identification is stolen, the thieves get next to nothing out of it. As it happened, I didn’t need to be so safe when downloading this program, as nothing came up awry after initial sign up and download (though in later review of other customer experiences, apparently authentication code distribution had been an issue in the past). With everything in order in terms of it being a safe download, let’s actually take a look at the product itself.

So, when you open up Amigabit, you’re presented with a pretty simple layout that looks (at least to me) like a minimalist security program, which is by no means a complaint. For people who aren’t particularly computer savvy, having an easy layout is a must, and even for power users, we don’t always want to go through menu after menu looking for what we want. First up is the Overall PC health scan which seems to be your standard file sweeper; if you don’t need it, it’ll probably show here. The scan option allows the program to check for dead shortcuts (which will help your Desktop appearance), though my personal favorite option is the privacy sweeper, which quickly deletes all tracking info from your PC’s previous search data. Now, can you do this all yourself? Absolutely. Can you do it quicker than with Amigabit? I’d think not unless you wrote a shell script to do it for you. 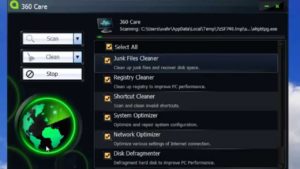 Next up there’s a menu to protect your privacy, which at first glance seems more than a bit dated. I honestly can’t recall the last time I saw the MSN Messenger logo on a product. Sadly, this feature isn’t only dated, but it appeared to be next to useless, as it seemed to only detect log files which are in fact sometimes useful to your computer, and unless you have a much bigger problem (someone rooting around in your computer) really aren’t that big of a threat. Honestly this page could have linked to a VPN and a web page filled with tips on how to remain anonymous, Guy Fawkes mask and all, and I would have been far more pleased.

Now we have the Utilities section. This one was a mixed bag, to say the least. There were some real stinkers, such as a defrag option which performed worse on my system than the standard defrag that comes standard in every computer I have ever seen. There was also the Context Menu Manager, which for the life of me I still can’t determine if it did anything of use or not. But, there was also the shutdown scheduler, which might be handy in some offices, and an encryption service which while not actually encrypting the file does password protect it and with a decent password can make it pretty hard to brute force. Lastly, there’s a file shredding option. This is basically a hard overwrite for any file you want gone permanently. Or at least as close to permanently as you can get. The truth of the matter is that if a hacker wants your deleted files bad enough, they can spend the time to wait on a program to at least partially retrieve some data.

Lastly, we have the Turbo Boost. Now, I have tested several software suites which offered “turbo boost” in the past, and I’ve never really seen any difference in performance outside of that which could be done by simply going into task manager and closing out a few applications. I’ve seen some really bad attempts at this in my day, but not one quite as bizarre as Amigabit offers. There’s a boost mode called “Work Mode” which disables printer and scanner connections, for example, and there’s an option to remove keyboard hotkeys, which besides the occasional shift locking into sticky keys when playing Kerbal Space Program (which isn’t even resource intensive) I can’t imagine using. In terms of disabling other applications, it seemed to be haphazard at this, even when given a bit of a boost.

In my opinion, Amigabit is a victim of its own ambition, trying to do too much, too fast, with no real depth. With the price tag attached, I don’t feel like I can recommend a program that does a bunch of things you can do for free, or have other programs that are free do for you. If you happen to have an office staff who know nothing at all about computers, and don’t want them messing around trying to make their computers “faster” by downloading malware, this is an alright substitute for that, but otherwise a 45 minute seminar on how not to ruin an office’s IT infrastructure would do better. It is my sincere hope that Amigabit really digs down and improves their software in the near future, even if just by one feature at a time. For now though, what amounts to a 3/10 is by no means a passing score.