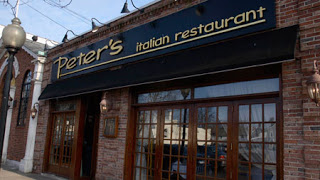 Babylon, New York – a quaint village in Southern Long Island. Home to many Italian restaurants, there is only one family establishment that needs Gordon Ramsay’s help more than any other. Tina, the owner of Peter’s, admits that there is a lot of stress. She can be found all over the place, and nobody seems to think that she is the owner. Her brother, Peter, is typically seen as the owner since he’s the host. There are a lot of restaurant owners that are married to the business day and night, but Peter chooses not to live his life that his.

John, the Sous Chef and Peter’s brother, admits that Peter lives life like a movie. However, they do own a family business, although this comes with all the stresses of mixing family and work. John feels that Peter is definitely a core problem of the restaurant. Peter can be very bipolar in his managerial methods, and he definitely takes advantage of his position. Peter admits to taking care of himself, although John says that he’s less concerned with the customer and more concerned with how he looks.

Head chef Robert says that the tools they have in the kitchen are all falling apart. Three of the four ovens do not work. The broiler does not work. The whole family is throwing everything on Tina’s shoulders, and Robert does not think it can work any longer. Waiter Angelo explains that Peter’s used to be one of the top restaurants in the area, although now they are not making the money that they used to make. The restaurant keeps getting phone calls about their debt. Tina admits to losing sleep over it. Before she loses her life, she would sell the place, although that is her absolute last resort in this case.

Gordon Ramsay has finally arrived in New York, and he does not sugarcoat things – the business is “on its ass and struggling.” To set the tone, Gordon waits more than an hour before Peter finally arrives and picks him up. Peter admits that the minute they met, it was like Superman had arrived. Gordon compliments Peter’s car, and then comments that the town of Babylon, New York is quaint. Gordon enters Peter’s and meets the family. Gordon sarcastically remarks how nice it is that the family is working together, although the family cannot agree on numerous things, such as who owns the restaurant and who the head chef actually is.

Gordon sits down and starts his experience as a customer. He orders both the crab cakes and the lobster ravioli. Angelo enters the kitchen and announces that he has Gordon Ramsay’s order. The food all comes out, and Angelo comments that the crabcakes are homemade. However, the salad is not fresh, and there are some rotten-looking bits in it. The salad is definitely rotten. Angelo takes out his frustrations on the kitchen staff, as he has been made to look like a moron. Gordon then explains that he does not want to put Angelo in an awkward position, as the crab cake is cold in the middle and definitely not fresh.

When you come into an Italian restaurant, you want to identify that the food is fresh instantly. However, Peter’s is off to a horrible start. The lobster ravioli comes out next. Gordon comments that he does not need any parsley, as the dish has been garnished with so much of it. However, the lobster ravioli is disgusting, and he says that “it’s not even lobster, it’s just like baby food inside gunk.” Peter comes into the kitchen and starts laying into the staff. The fuse has been lit, and the entire kitchen staff devolves into yelling over the half pound of parsley.

Gordon asks Peter what happened, and John, the sous chef, took offense to the parsley. Some sound effects are cleverly edited in, such as glass breaking, although the fight resolves and the family sits with Gordon. Gordon starts by addressing Peter, although the family talks in typical Italian fashion and continues to scream over each other. Having seen enough, Gordon stands up and storms into the kitchen to start doing things properly. Surely enough, the entire kitchen is a mess. 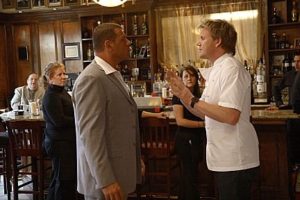 The refrigerator has numerous bread rolls in it, although they have been frozen solid and are more like bread rocks. The temperature of the walk-in refrigerator is not even cold, and numerous fruits and vegetables are rotten and have mold or signs of decay on them. The vegetables look like something out of a sci-fi movie, according to Gordon. He says that it’s like the fridge has dripped all over it, and condensation drips from the ceiling onto the floor of the cooler constantly.

Peter then enters the restaurant and makes excuses for his late arrival, but Gordon beckons the entire family to enter the walk-in fridge. The last time they were in there was when Peter had a “hot flash last week.” However, Gordon points out that onions are growing on top of onions, and the entire unit is leaking. Peter can’t even identify some of the foods that are left in the cooler, and Gordon says that Peter’s can be famous for poisoning the entirety of Babylon in the next 24 hours.

Gordon pulls out a bowl of leftover ravioli and has the staff smell the bucket, but everyone refuses to smell it. Gordon demands everyone exit the cooler before he catches something. The entire staff is disgruntled, and the work circumstances are a manifestation of the work environment. Peter continues to complain that everything is his fault and Gordon is taking everything out on him unfairly. To get things started, Gordon demands that the entire kitchen be cleaned. Peter enters the kitchen and dryly remarks about the cleaning process, and Gordon has had enough of his complaining – he demands that Peter start scrubbing so that he doesn’t storm out.

As this was one of the first Kitchen Nightmares episodes, it should not come at a surprise at all that this location has been closed down. The restaurant actually closed down in December of 2008, and wasting no time at all, the restaurant immediately next to Peter’s annexed the space and expanded their own restaurant. Many reviews from the period where Kitchen Nightmares was filmed all say the same thing – terrible, stale food and too strong of alcoholic drinks.

Unfortunately, Gordon Ramsay was unable to turn things around at Peter’s Italian Restaurant, and most reviews complained that the quality of the food and service was just the same as before Gordon had come. Replacing the chefs in the kitchen and hiring on new staff to try and alleviate some of the family tension was just not enough to keep this Italian restaurant running smoothly.