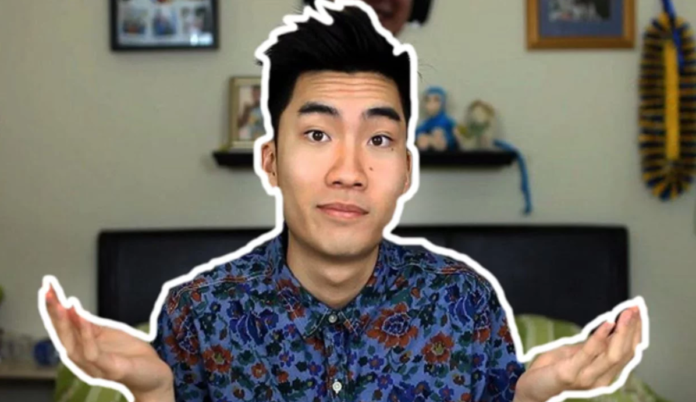 Over the course of the last couple of years, Ricegum has become one of the most popular YouTubers out there. His channel focuses on skits, vlogs, and raps, and they’re able to get millions of views pretty consistently. He has several million subscribers, and his videos have been viewed billions of times. Even though he’s known best for his presence on YouTube, Rice is also pretty popular on other social networks, like Instagram, Snapchat, Twitter, and more. He has a lot of supporters on all of these accounts, and he is also known to sometimes interact directly with his fans through social media.

Bryan Le was born in November of 1996 in Las Vegas, Nevada. Prior to running his YouTube channel professionally, Brian claims that he turned down a scholarship at Harvard University so that he could focus on a career in entertainment. He created his channel back in September of 2012, and he originally began as a gaming channel. His first video was uploaded in October, and it was basically just Brian playing Modern Warfare 3 while he talked a little bit about himself. Le would also stream himself playing different Call of Duty games on Twitch. Around this time, he was relatively popular, but he wasn’t really able to get any more than 200,000 subscribers. He sort of faded into obscurity after his Twitch account was deleted for violating terms of service. 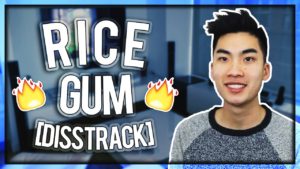 In late 2015, however, Brian made a bold return to YouTube by creating a new series called “These Kids Must Be Stopped”, where he would rants about different kids who had become popular on the lip-syncing app Musical.ly. This series became very popular very fast, and it majorly increased both his view and subscriber count. In this series, Le criticized Jacob Sartorius, Mark Thomas, Trey Sartorius, and Loren Beech. This isn’t the only feud that Brian would find himself in. Throughout his entire recent YouTube career, he has gotten into plenty of arguments with other YouTubers, which he usually addresses by posting diss tracks to his main channel.

Most recently, Rice has gotten into a bit of a feud with YouTube Ian Carter, also known as iDubbbz. Brian challenged Ian to criticize his channel about a year ago, and a “Content Cop” video about the Ricegum channel was only posted this month. Like many of iDubbbz’s video, this video (which was very critical of Brian) blew up in terms of both views and likes. As of this writing, Brian hasn’t released a response in the form of a diss track, but I’m sure that it’s going to happen eventually. Although this is certainly one of the more high-profile names that the Ricegum brand has ever gone after, it’s not the first and I highly doubt that it’s going to be the last. Le has achieved a lot through these kinds of feuds and media attention, and I’m sure that it’s going to stay that way heading into the future. 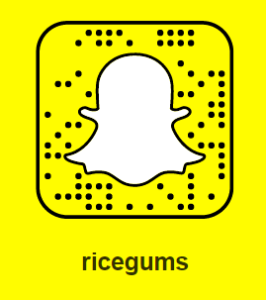 If you’re interested in adding Ricegum on Snapchat, then there are a couple of different things that you can do. You can obviously search for him through Snapchat, and I’ve gone ahead and included his username above, which is ‘ricegums’. If you don’t like that, then you can also just add him through his Snapcode, which you can also find above. All you have to do is use the Snapchat app to scan the code, and you should be able to add him pretty quickly. Finally, you have the option of adding him just by clicking the direct link here.

Although Ricegum is most well-known for his presence on “newer” social platforms like Twitter and Snapchat, he is also a regular user of Facebook! His official, verified Facebook page has over 200,000 likes, and you can find it by searching @OfficialRicegum. Alternatively, you can take a look at the page by clicking the link here.

Ricegum’s Instagram account has over 4 million followers, which makes sense when you consider how often he actually uses Instagram. If you want to follow him on Instagram, then you should search for his username, which is @rice. Feel free to check out the kind of photos that Ricegum posts on his Instagram by clicking the link here.

As I suggested before, Ricegum is on Twitter! He has been a member since way back in 2012, and since then he has brought in over 2 million followers. You can find Ricegum through his official, verified Twitter handle, which is @Ricegum. You can see the kind of stuff that he regularly tweets about by clicking the link right here, which takes you directly to Ricegum’s Twitter profile.

Although Ricegum is popular on pretty much all social media, since he’s a YouTube star, I’m sure it doesn’t surprise you that the majority of his fans can be found on YouTube. His YouTube account has around 8.5 million subscribers at the time of this writing, and that number just goes higher and higher as he releases more videos. His YouTube username is just ‘Ricegum’, and you give his channel a look by clicking the link here.

Are you a Kik user? Are you a fan of Ricegum? If so, you’ve probably wondered before it would ever be possible to have a little bit of interaction with Ricegum on Kik. It appears he does not have a Kik account at this time.