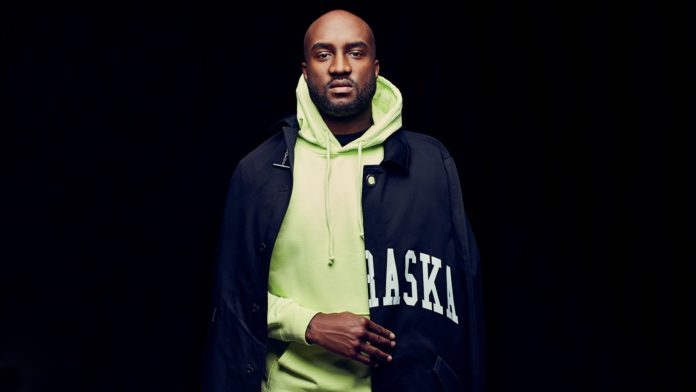 While the world of high fashion may not make sense to outsiders, it is one of the most innovative niches in today’s society. The creations of elite fashion designers often influence how the everyday person dresses, even if they don’t pay for such high-end fashion. Chicago-born fashion designer Virgil Abloh and his label Pyrex Vision are singlehandedly responsible for popularizing streetwear. For a movement that was a tiny niche before, streetwear is already changing how ordinary people dress, and how they view fashion in their daily lives.

Virgil Abloh is currently one of the world’s most influential fashion designers, particularly in the world of streetwear. Abloh is the mind behind the fashion label Pyrex Vision and Off-White. He is also known for serving as the creative director of Kanye West, a position that helped his designs gain such widespread prominence.

While working as DJ, music producer, and creative director for the music mogul Kanye West, Virgil Abloh had already amassed a fortune prior to his fashion debut. Although his first label Pyrex Vision shut down after only a year in business, his second project Off-White has been much more successful. Abloh discontinued the Pyrex Vision label in 2013 for multiple reasons. Yet even in the face of the public uproar for putting graphics on deadstock clothing, his collections consistently sold out.

Launched in 2014, Virgil Abloh’s label Off-White has been quite successful. Learning from past mistakes, he is starting to make his own designs. Despite the scrutiny his past business practices drew, his recent designs are quickly redeeming his image. Off-White is climbing the ranks of high fashion after barely 4 years in business.

How Did Virgil Abloh Earn his Money and Wealth?

Virgil Abloh was born to Ghanaian parents in Chicago, Illinois on September 30th, 1980. He spent much of his young life in Rockford, Illinois. Virgil Abloh also spent his youth listening to a wide variety of music. His parents supported his hobby, but they were always insistent that he be a good student.

As a young adult, Virgil Abloh often DJed in bars while working on his Master’s degree in Architecture from the Illinois Institute of technology. He also received an undergraduate in civil engineering at the University of Wisconsin-Madison. Abloh did not specifically want to be an architect his entire life – he pursued the degree with the philosophy that being able to design something as intricate as a skyscraper would give him the ability to design anything with a similar level of detail.

The very day Virgil Abloh graduated in 2003 was the day he first met Kanye West. He skipped many important critiques in order to meet with West’s then-manager John Monopoly. Abloh’s knowledge impressed Kanye West, and he became a member of his creative team shortly after their first encounter.

Virgil Abloh has kept the exact details of his work with Kanye West very quiet. His long-standing friendship and collaborative partnership with the rapper is more than enough evidence to support his creative merits. Additionally, in 2011 Abloh and fellow fashion designer Riccardo Tisci, were nominated for a Grammy Album Packaging award for his design work with West.

Abloh got a taste of the fashion world in 2009 after launching art and menswear boutique RSVP Gallery, and his interest grew from there. He was inspired to create fashion that bled the line between formal and casual, but also caused society to redefine what formal and casual should be. Years of working with Kanye West and the talent associated with him created a solid creative foundation for his early creations.

Virgil Abloh launched the label Pyrex Vision in 2012. He also collaborated with Matthew Williams and Heron Preston on Been Trill. The labels screen printed logos, slogans, and loud graphics onto deadstock clothing from Ralph Lauren and Champion. His unusual approach to fashion still garnered him a cult following nonetheless, and his association with Kanye West further amplified his success.

Despite the fact his collections consistently sold out, Abloh shut down Pyrex Vision to pursue other projects. Pieces from Pyrex Vision are still highly coveted by streetwear enthusiasts and are sold for high prices on secondhand markets.

Pyrex Vision served as a springboard for Virgil Abloh to make a name for himself in the high fashion world without being accused of riding the coattails of Kanye West. Finally able to capture the creative eye with his own creative merit, he launched Off-White in 2015. The brand’s style was a large departure from the loud styles of Pyrex Vision. The brand’s name is a tongue in cheek reference to “gray” areas; in this case within the world of fashion.

Virgil Abloh has received criticism for the high prices of his clothing (a criticism not too uncommon from outsiders to fashion). The designer states that his garments are expensive for good reason, however. The clothing is exceptional quality and looks distinctive. Virgil Abloh also states that he does not want young kids to buy his clothing, rather that he wants to inspire them to create something of their own. It’s also easy to infer that Virgil Abloh has many costs to cover. He’s a full-time traveler averaging 350 flights a year, has thousands of employees, and works with talented designers using high-quality materials. 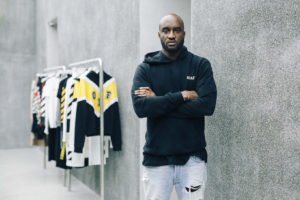