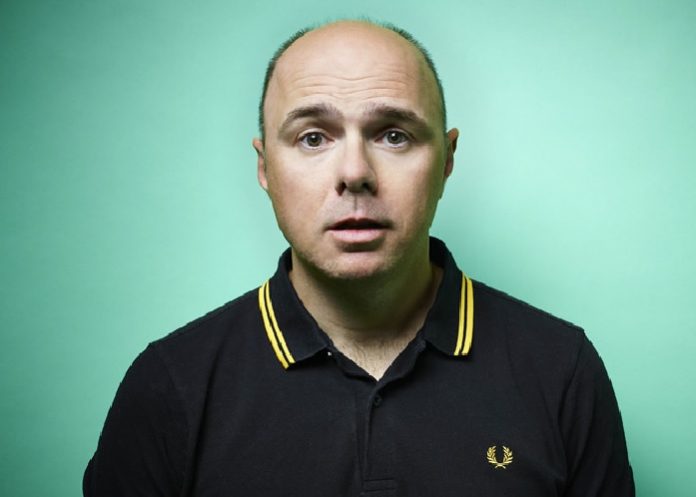 The reason for Karl Pilkington’s fame is not immediately obvious. The English actor and comedian first became a familiar face to British radio listeners on The Ricky Gervais Show, but Gervais, the real-life best friend of Karl, soon helped him become the star of his own show, An Idiot Abroad. Since then Karl Pilkington has become more than just a celebrity, he’s grown into a cult phenomenon, with every word he utters examined and pondered over, by fans who look for a deeper meaning to his profound statements.

Even now in 2018, opinion over Karl Pilkington is divided, is he a genius philosopher who has taken philosophy to zen-like levels of simplicity, or is he, to put it bluntly, just an idiot? Nobody is entirely sure, not even Karl himself. His unique personality is certainly entertaining, and it’s gained him a significant online following, but what’s the real deal with Karl? Can we finally answer the question of whether he’s an idiot-savant, a genius, or just a plain idiot? And how much has the most unlikely celebrity philosopher earned from his unexpected fame? Read on to find out.

How Did Karl Pilkington make his money & wealth?

Karl Pilkington was born in Manchester, England on September 23rd, 1972. He began his career as a producer for London-based radio station XFM, but after a few years, he landed the job of producer on the Ricky Gervais Show. The show began in 2001, shortly after Gervais’ popularity had spiked with the success of ‘The Office’, and at first, it featured just Ricky and his regular sidekick Stephen Merchant. The style was a standard radio format, comprising of phone-ins and featured guests, but it wasn’t long before Gervais recognized the entertainment value in Karl’s unusual character.

Karl began presenting small segments, such as ‘Monkey News’, where he would attempt to present factual and scientific facts about chimpanzees, to the amusement of Gervais, who had trouble accepting Karl’s unusual definition of ‘Factual and Scientific’. However, Karl’s innocent and child-like pronouncements were often peppered with unique and refreshing viewpoints, which always left viewers, and Gervais, wondering if maybe he actually had a point, and over time Karl became the main focus of the show.

By 2005 the radio show had become a podcast, and by the following year, it was the number one podcast in the World. It appeared in the 2007 book of Guinness World Records as the most downloaded podcast ever, with over 250,000 downloads per episode within a month. Karl’s contributions included the bizarre ‘Rockbusters’ where he would devise convoluted puzzles involving music stars. A typical example of this would be ‘That part of my leg is English with the initial B’. The answer was ‘Britney (Brit-Knee)’, and Karl would be amazed that Gervais and Merchant had trouble finding the answer.

Gervais and Merchant have always insisted that Karl’s personality is genuine, and not a scripted character, and when Karl was first interviewed, by The Daily Telegraph in 2006, that assertion appeared to be confirmed. The interviewer spent several hours with Karl, during which he was left confounded by Karl’s insightful comments about everyday events, interspersed with his usual bewildered confusion, and he became convinced that Karl’s on-screen personality was entirely genuine. Karl’s unique look at reality had by then gained him a cult following, and in 2010 Karl finally got his own show, the suitably named ‘An Idiot Abroad’. His lack of interest in traveling, culture, and history made him the most unsuitable travel guide imaginable, but Karl’s exploits made the show uniquely entertaining in a way that no other travel program could ever be.

An Idiot Abroad ran for three seasons, during which Karl published four books, ‘The World of Karl Pilkington’, ‘Happyslapped by a Jellyfish’, ‘An Idiot Abroad: The Travel Diaries’ and ‘Karlology: What I’ve Learnt So Far’. Karl published his latest book on June 2nd 2018, ‘More Moaning’, to coincide with the end of his five-part documentary ‘The Moaning of Life’, and so far his literary efforts have been as well-received as his TV appearances, but it’s still unclear if Karl is a genius, or just wonderfully ignorant about almost everything. However you see Karl Pilkington, one thing is clear, he’s no fool when it comes to money. In 2015 he sold his production company ‘Round Ed Productions’ for a reported $3.3 million (£2.5 million), and he launched a new company, ‘Alrite Productions’ the following year.

Fans of Karl will soon be able to see Karl appear in something that is confirmed to be scripted, in ‘Sick of It’, a six-part comedy show that sees Karl muddle through life, accompanied only by the voice in his head. The show was originally due for release in early 2018, but so far no concrete release date has been confirmed.

Karl has been in a long-term relationship with his partner, Suzanne Whiston, since the 1990’s. Suzanne was also a producer, for the BBC, but she is now his co-partner at Alrite Productions. Karl doesn’t plan on getting married any time soon when asked about it, he explained that he would just be ‘Paying for other people to have a great day out’, and Karl’s attitude to spending his money is certainly unusual.

Karl thinks that vacations, designer clothes, expensive jewelry and fast cars, are all a ‘Waste of time and money’. Perhaps the best example of his unusual attitude to money is summed up by his assertion that he would ‘Rather live in a cave with a view of a palace, than a palace with a view of a cave’. It’s one of those typical Karl Pilkington statements that make you wonder, is he incredibly deep? Or just incredibly stupid? It’s a question that’s almost impossible to answer. Karl’s lack of interest in spending his money, other than paying the mortgage on his ‘Nice house’, which he has shared absolutely no details about, means that his fortune can only increase with his popularity, currently by the tune of around $150,000 per year. That sum is his share of the royalties from The Ricky Gervais Show podcast, an annual income that is further boosted by a series of lucrative voice-overs for companies such as Vodafone, and the British chain-stores Wickes and WH Smith.

Karl provides the human race with a bizarre insight into great philosophical questions, and he has a fascinating perspective on the world that’s truly unique, but then he switches from his enlightening pondering, and says something ridiculously stupid, to leave us all confused once again, amazed by his insight, but equally amazed by his lack of common sense. When told about the theory of an infinite number of monkeys producing the complete works of Shakespeare. Karl replied ‘Have they read Shakespeare?’. When quizzed about history Karl explains that’s ‘It’s too long ago to get interested in’, however when told that cavemen didn’t exist at the same time as dinosaurs, Karl isn’t convinced, ‘There were a couple knocking about’, he asserts with confidence.

Karl’s statements are sometimes so profound that they cross the line into abstract surrealism when he was told about the existence of albino elephants, Karl described them as ‘Demicky’, which was followed by the incomprehensible explanation that “They’re not properly”. His solution to countries with ‘Too many volcanoes’ is simply to ‘Fill some of them in to clean the place up a bit’. Overall it’s impossible to confirm if Karl Pilkington has an IQ of 20 or 200, but that is without a doubt his biggest appeal, and it’s what has made him such a refreshingly different entertainer, whether he means to be or not.

Karl’s own attitude to his success is almost child-like in its simplicity, ‘I find that if you just talk, your mouth comes out with stuff’ he explains, and it really is that simple, at least for Karl. You can keep up to date with Karl on Facebook, where he is rumored to occasionally respond to messages from some of his 1.6 million followers. Karl does have a Twitter account, although his only Tweet, in 2013, linked to his Youtube channel as ‘I don’t do twitter cos I think its daft’. However, philosophers can inspire their minds with a daily dose of quotes from the man himself, on the KarlPilkingtonQuotes Twitter account, where gems such as ‘Dancing isn’t something you can do when you’re fed up. It’s the same with whistling.’, and ‘The big bang started 14 billion years ago. It’s taken 14 billion years to invent a banana holder.’ are there for us all to think about.