Missy Lanning came into the limelight when she began a vlog detailing her struggles that come along with pregnancy – conceiving, miscarriages, and of course – having the child. Her YouTube channel is called Daily Bumps, which began on December 31st, 2012. The channel has over 3.5 million subscribers. They updated at least 5 days a week. All of the videos on the Daily Bump channel have gotten a combined total of 2,628,435,850 views since the channel was established in late 2012.

How Did Missy Lanning make their money & wealth?

Missy was born in California on October 29th, 1989. Her parents are Suzanne and Jim Lanning. The family moved from California to Indiana when Missy was a couple months shy of her first birthday. A year later, her mom gave birth to her little brother, Jimmy. When Missy was five, her family relocated again, moving back to Southern California. They actually purchased the house right next to Missy and Jimmy’s grandparents. Her grandparents were very involved in her life, especially since they were so close in proximity. Two years after the move, Missy’s sister Cassie was born.

Missy met her husband Bryan in high school. They ended up getting together as a couple, and when Brian turned 18 they bought a house together despite her family’s disapproval. They ended up getting married in August 2008. After some ups and downs, and even getting divorced and then remarried, Missy and Bryan ended up having two children together. They developed their YouTube channel after having some problems with fertility. Daily Bumps is updated every workday and is a mix of gaining videos, vlogs about family life, and challenge videos. 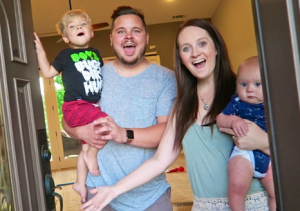 Missy Lanning married her childhood sweetheart, Bryan. They got married early, experienced fertility and money problems along the way, and ended up getting divorced. After while trying to make it on their own, they ended up rebuilding the relationship and getting remarried. When they were trying to conceive, Missy got pregnant but ended up having to stillbirths. Eventually, after a couple years, they ended up having their son Oliver. They decided to make the YouTube channel for new parents who are also experiencing fertility issues. They also have another son named Finley.

How much money do they make per video? 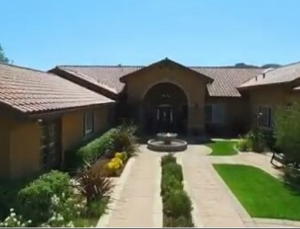 Missy Lanning and her family live in a gorgeous house in Southern California. They did a house tour video in January 2017 that got over 1 million views. In it, Missy shows off her large dining room with the dining table that can seat up to 20 people. It’s in that room that she showcases all of her YouTube awards. They also have a full-size grand piano and a chandelier from Restoration Hardware in their formal dining room. Next Missy showed a playroom that was connected to the living room and the kitchen so that the kids would never be far away. Overall, even though the house was very large, it still felt like they considered it a home. 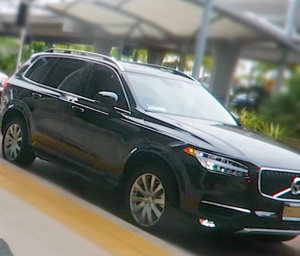 On August 26, 2015, Bryan, Missy’s husband, surprised her at the airport with a brand-new car. He told her it was the car of her dreams. She said that they had been looking at it forever, but didn’t know that he was going to go get it and surprise her with it. Bryan showed her that it had tons of trunk room, which is good for all of their stuff. They explained that there are three rooms of seats and an enormous sunroof. It was a large black Volvo SUV crossover.

Missy and Bryan Lanning are both very involved in charity work. They might keep their ad revenue to themselves, but they occasionally do things like cell iPhone cases and donate the proceeds to various horse ranches in the United States that require funds to keep going. In addition, they have also donated money to a charity that gives to children in Cambodia called Anchor Cambodia Fund.

Missy has achieved many things throughout her life. She reunited with her husband after they got divorced once, she was able to conceive after years of fertility issues. Together, Missy and Bryan got their YouTube channel up to 3.5 million subscribers and made it a multimillion-dollar venture for themselves.