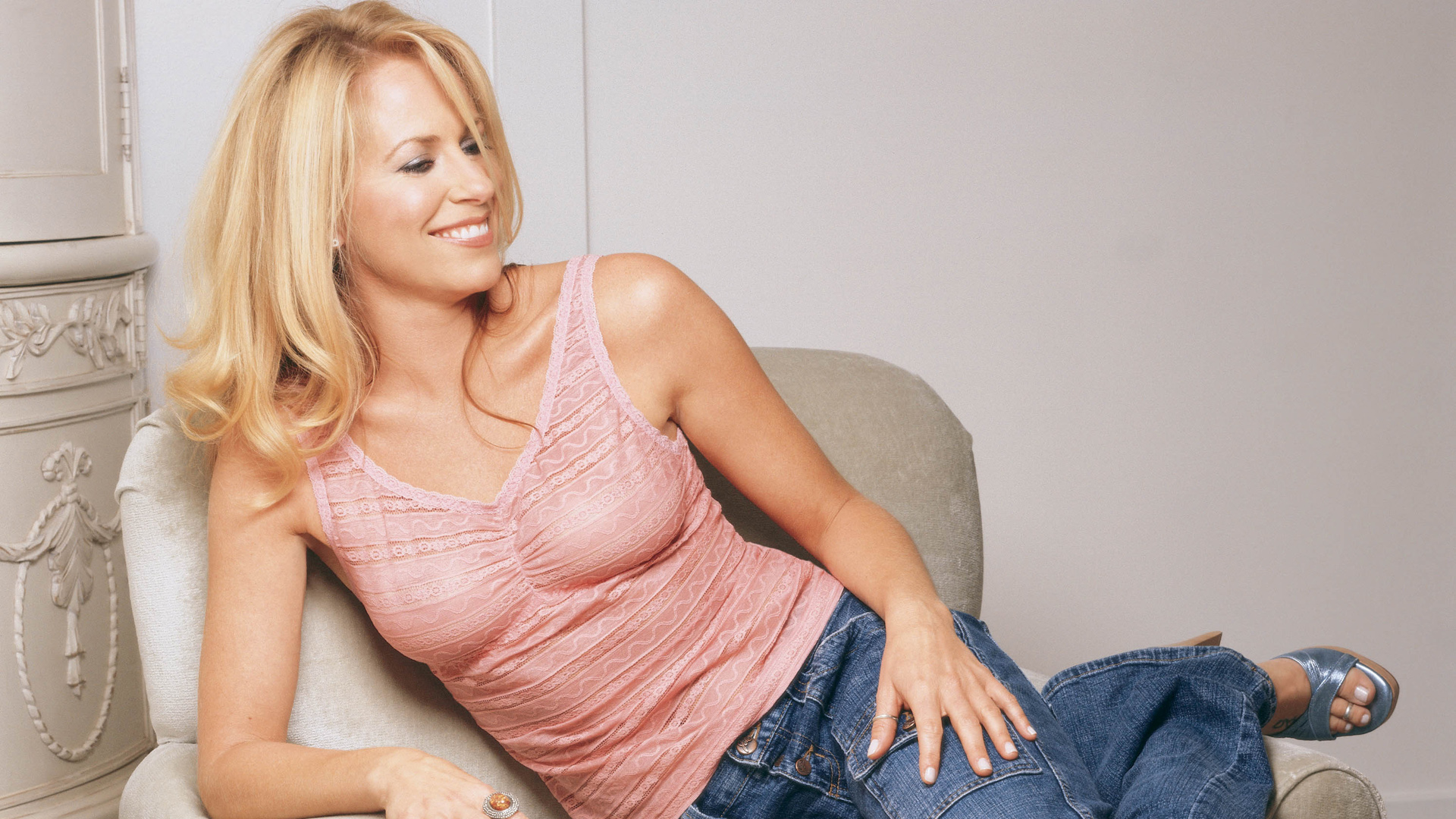 Daughter of a renowned guitarist, Deana Carter is known for her many of her country hits such as We Danced Anyway and How Do I Get There. Exposed to a variety of music ever since she was a young child, Carter’s love for country tunes only seemed to grow bigger as she grew up with age. Working to pave her own road to success, the aspiring singer landed her first recording contract at the age of twenty five in 1991. After doing some recording, she eventually released her first album, Did I Shave My Legs For This? in 1995ーhowever due to a lack of sales, the record had only received a limited release in Europe prior to being shelved. Persevering, Carter later re-released the album in North America the following year with three different tracks; but unlike the last time, it would prove to be a hit in the United States.

Following her initial success, Carter went on to released another album before the end of the 90’sーEverything’s Gonna be Alright, which hit the stores in October 1998. Since then she has come out with a number of albums and records including, Father Christmas (2001), I’m Just a Girl (2003), The Story of My Live (2005), The Chain (2007), amongst several others. Recognized for her talents as a singer, Carter has also been nominated for several awards throughout her professional career, including two for the prestigious Grammy Awards for her hit singles, Strawberry Wine and You and Tequila. A decorated music artist, she has sold million of records across the globe to date.

Besides having found success in music, Carter is also an actress and has appeared in a handful of television and films in the 2000’s including Raising Dad (2002), Strong Medicine (2002), The Badge (2002), Blood Games (2003), and King of the Hill (2003), amongst a few others. No stranger to performing, she has also guest featured on many well-known American talk-shows throughout the years such as The Tonight Show with Jay Leno (2003), The Late Late Show with Craig Ferguson (2005) and Good Day L.A. (2013). In 2012, she acted as a guest judge on the cupcake-baking competition series, Cupcake Wars.

But what has the country music artist been up to ever since? What has been keeping her busy as of late? What happened to Deana Carter? Where is she now in 2018? 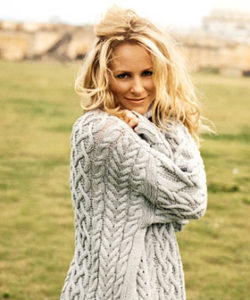 Born on January 4, 1966 in Nashville, Tennese, Deana Kay Carter is the daughter of homemaker, Anna Carter and Fred Carter, Jr., a well-respected American guitarist. Raised in the city of Nashville with her two brothers, she was constantly exposed to a variety of musical tunesーa fact which eventually led to her love for country music. In her teens, Carter spent many hours working at her father’s recording label company along with the rest of her family. Wanting to pursue a career in singing, an activity which she’d always enjoyed growing up, she tried to land a recording contract at the age of seventieth, although it eventually proved to be unsuccessful.

Disheartened by her lack of success, Carter went to the University of Tennessee after graduating from high school to study rehabilitation therapy. A member of the Alpha Delta Pi sorority, she was known to have participated in a variety of singing events during her time as a student. Following her eventual graduation from the institute with her Bachelor’s Degree, Carter began to work with patients with stroke and head injuries at a clinic; however discouraged by the nature of the work, she later decided to turn back to pursue her true passion of music. Chasing her newly found goal, Carter started to perform music at various local clubs while working as a waitress to pay back her student loans.

At the age of twenty five, the aspiring music artist landed her first recording contract with Capitol Records Nashville. Shortly afterwards, she released her first album entitled, Did I Shave My Legs For This? in March 1995ーhowever it would ultimately not prove to be a success in Europe. The next year, the lead-off song from the album, Strawberry Wine was released as a single in August 1996. Unlike her first album, the debut single debuted at number seventy on the Billboard Hot Country Singles & Tracks Chart and eventually topped the chart at the number one spot. Praised for its content and vocals, Strawberry Wine went on to win the singer some of her first awards including a Country Music Association Award for “Song of the Year” in 1997. That same year, it also earned Charter nominations for three additional accoladesーone of which included a Grammy Award for “Best Country Song.” To this day, Strawberry Wine remains to be one of her most successful songs. 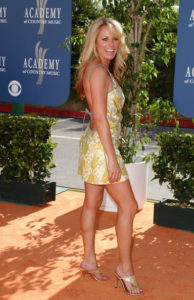 A year after its initial release, her first album Did I Shave My Legs For This? was re-released North America with three different songs. In contrast to her earlier UK version from 1995, the album was a huge hit, having successfully ranked at number two on the Billboard Top Country Albums Chart and number ten on the Billboard 200 Chart in the US. Across the border in Canada, Did I Shave My Legs For This? also performed recognizably well on the charts, having topped the RPM Country Albums Chart and achieved the number twenty-fifth ranking on the RPM Top Albums Chart.

In 1998, the singer released her second studio album entitled, Everything’s Gonna Be Alrightーit would also be her final album released under Capitol Records Nashville. Composed of thirteen songs, one of which was written for her by her own father, Fred Carter Jr., the album also included a cover of one of Melanie Safka’s musical hits from the 70’s, Brand New Key. Met with generally positive reviews upon hitting the stores, Everything’s Gonna be Alright peaked at the number sixth spot on the Billboard Top Country Albums and at the number fifty-seventh spot on the U.S. Billboard 200 Chart. Although the album did not meet the same level of success as her previous record, it would eventually go on to spawn four singlesーAbsence of the Heart, You Still Shake Me, Angels Working Overtime and Ruby Brown. 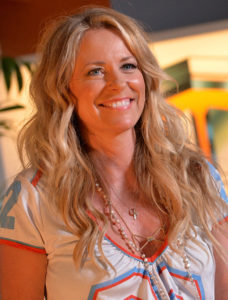 During the holiday season of 2001, Carter released a Christmas themed album, Father Christmas under her new label of Rounder Records that November. Carrying on with her music, Carter released her fourth studio album entitled, I’m Just a Girl in March 2003. Featuring a track list of twelve songs, the album soon climbed to the number sixth spot on the Billboard Top Country Albums Chart and to the fifty-eighth spot on the Billboard 200 Chart. Her album, I’m Just a Girl later led to the release of two singles, There’s No Limit and I’m Just a Girlーthe former would eventually become Carter’s biggest hit on the charts; it would also be her last single (so far) to reach the top twenty.

Carter accomplished many things within the next few yearsーshe signed a new recording contract with an independent label and released both a new single and her very first live album. With more creative control of her songs under the new recording label, the singer released her sixth studio Album, The Chain in October 2007. As a tribute to her own father, the album consisted almost entirely cover songs, some of which were also duets with other music artists such as George Jones and Dolly Parton. After its release, The Chain later peaked at number sixty on the Top Country Albums Chart in the United States.

After the release of her sixth album, Carter took a prolonged hiatus from recording to spend more time at home with her family and son, who was only a few years old at the time. Six years later, the country singer re-emerged from her time off to form her own recording label called, Little Nugget Records (In honour of Nugget Records, her late fathers former recording company) in 2013.

Under the new label, she eventually released her seventh studio album entitled, Southern Way of Life. Her first record since The Chain in 2007, the album included ten tracksーmost of which were written or cowritten by Carter herself. Inspired by many of the events that were going through her life at the time such as her divorce and loss of her father, just three years prior, the songs in Southern Way of Life all appear to have a recurring theme of relationships. Unique to it, the album was also the first to have included fans in the voting of its lead singleーthe song, Do or Die was eventually selected after a period of online voting. 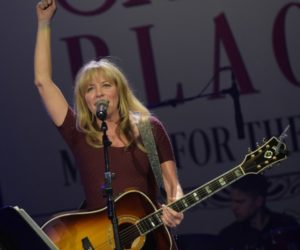 Stepping away briefly from recording music, Carter has recently taken part as an actress in an upcoming film, Painted Horses. Written by Mark Cramer, the movie will revolve around a young teacher named Ms. Hoog, who finds herself having to forge a new path and destiny for her and her child despite the storied past which plagues her. In it, the singer will be playing the role of Aunt Nora; some of the other actors to appear on the film include Madelyn Deutch, Linc Hand, Kendall Ryan Sanders, Grace Fulton, Kurt Krause, amongst many others. Currently in post production, Painted Horses is tentatively set for a late 2016 release.

But that’s not all that she will be appearing in on the big screenーCarter has also been cast as a minor character this year in an upcoming drama film titled, Take 2 for Faith. Having won a Screenplay Award at the International Family Film Festival in 2015, the movie will tell the story of a country music star, who after a devastating breakup from her partner, returns to her rural hometown of Georgia just to rediscover her feelings for the local pastorーthe man who used to be her high school sweet-heart. Directed by Nancy Criss, Take 2 for Faith will be featuring a number of actors on its cast roster, including Janine Turner, Leigh-Allyn Baker, Patrick Muldoon, Dallas Lovato, Nia Sioux, and many others. Still in the works being filmed, the movie is scheduled to be released in March of 2017.

In terms of public performances, Carter has just headlined the 2016 Foothills Festival in the city of Jasper, this past March alongside the 90’s rock bands, Gin Blossoms and Tonic. On top of that, she has also dazzled her fans with many of her classic country hits at a concert held at the Hermosa Beach in Saint Rocke this Mayーseems like she’s been keeping busy!

If you’d like to stay connected with the singer, you can do so by following her on social mediaーyou can find her on Twitter (@DeanaSings) or on Instagram (@deanatunes). Or if you’d prefer, you can also visit her official Facebook page for some of her latest news!